Kriti Sanon started out as an outsider trying to make a name in the industry eight years and now she recently went on to win the Filmfare Award for Best Actress for her performance as a surrogate in Mimi. After the stupendous win, she decided to take a vacation with her family and close ones to celebrate the momentous occasion. 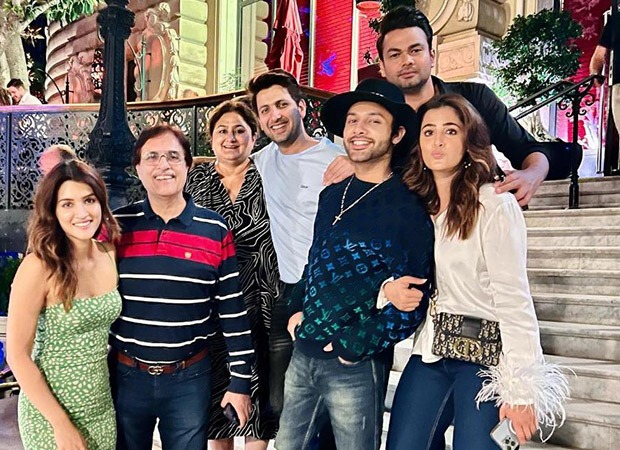 A source close to the actress shared, “Kriti has been dreaming of this moment ever since she even thought of being an actor, so when she finally won Best Actress, she was ecstatic and literally planned a last minute vacation to celebrate the dream come true , with her family and close ones.” The source added, “Kriti has taken a vacation after really long. She has been shooting non-stop for at least four years without any holidays but after she won the award, she decided to just go for it.”

Kriti also posted videos and a series of photographs from her recent vacation. In one of the posts, she revealed that she is enjoying her role as a tourist in the picturesque Monaco with her folks and friends. She posted a series of photos on Instagram saying, “Dear Monaco, You’re a pretty woman !! @globalspame @globalspa_mag @visitmonaco @flyswiss.”

Meanwhile, talking about her work, Kriti’s upcoming line-up of films include Varun Dhawan starrer supernatural comedy Bhediya, Kartik Aaryan starrer Shehzada which is the remake of the Allu Arjun starrer A la Vaikunthapurramuloo. She will also be reuniting with her Heropanti co-star in Ganapath and will be seen as Sita in the Prabhas, Saif Ali Khan starrer magnum opus Adipursh. A film with Anurag Kashyap is also on the cards for the star, which will feature Kriti in a completely new avatar.

Anger as Mom-of-5 Expects Adult Child To Babysit on Vacation: ‘Did Nothing’